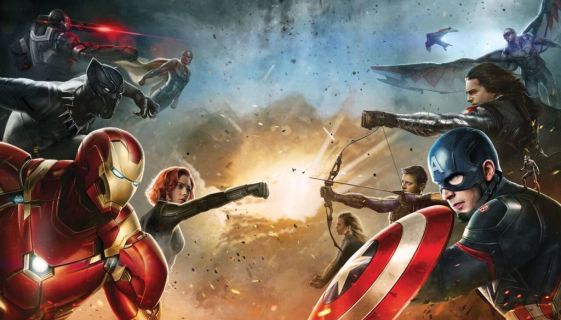 If you are a fan of the film and comic book world, certainly eagerly awaited the premiere of Captain America: Civil War and should know all about the comics Civil War Marvel. And we like the genre admirers could not pass up the opportunity to talk about two issues that we love: support / customer service and nerd culture.
This promise to be one of the best films of Marvel (so far and hopefully not be wrong to guess) and in every corner there is a battle almost epic between duty geeks, fans of the genre, about the best team: #TeamCap headed by Captain America or #TeamIronMan led by Tony Stark.

Letting go a bit this focus on who will win the battle or what the best team, let’s make a fun exercise thinking as we IT managers, who are we? #TeamCap Or #TeamIronMan ?

Let’s see what each has to offer in terms of leadership?

As Steve Rogers, or better, as Captain America, an IT manager #TeamCap is defined first and foremost by its values, many of which may even seem too traditional, know how to use emotional intelligence to face their problems and defend their ideals.

There is nothing more important to him than the personal ties, old friendships (as the winter soldier), this means that this manager will always give the guy to beat for his team, even when errors occur.

For being the bridge between company executives and staff is one who knows how to listen to his players, motivating people is its key role as the leader of a team should play, he always puts the professional growth, technical training and trust in the environment.

In fact, the “traditional values” of the manager #Teamcap are so strong that he is willing to face and go against the “system” always thinking about the greater good, if he feels that this is distorting.

To create your team, the manager #Teamcap knows he has to add people who are experts in their fields and as the Captain recruits Ant-Man, this manager will seek the best in their area no matter where they come from.

But most important of all is that Rogers (or Captain) never surrenders, even when it seems that everything is wrong: stuck planning, budgeting needs to be reconfigured, there are challenges and more challenges … He shows no fear at these “opponents” and even He says: “I can do this all day.”

The #TeamIronMan manager on the other hand is just like Tony Stark, much more pragmatic and well inflated ego and simply love the technology, of course has values, but is far more concerned with innovation, even when this has some risk (remember of Ultron).

This manager believes all his skills and therefore the focus of its leadership should face align the work of his team with the organization’s strategic goals to better manage the daily activities of his department. We are always looking for ways to align IT with business needs and generate positive impact for everyone.

Perhaps Stark could be a little more daring, since it tends to have no problem working together with the “system” where it considers that it has the interest of others as priority, which can be misleading sometimes.

Many times this type of manager can get carried away by the project that are creating or coordinating and neglecting some important relationships.

Often this type of manager can get carried away by the project that are creating or coordinating and neglecting some important relationships.

To create his team the manager #TeamIronMan seeks to give opportunity to new people no matter who do not hold as much experience, as long as see them great potential. That’s why Spider-Man is perfect to work with him.

The most important of Stark (or Iron Man) is always on the move with his projects, always trying something new and in the first 45 times their attempts were not successful, but doesn’t matter he would try other 45 times.

What about you? #TeamCap or #TeamIronMan?